Debtors, felons and a man who cared

Home » History » Debtors, felons and a man who cared

Debtors, felons and a gentleman who cared

A little while ago I posted a quote from an 18th-century report by John Howard, who was the first prison reformer. I was reminded of it today as the government announced reforms to the present prison system. John Howard toured the country inspecting prisons and produced a report, The State of the Prisons in England and Wales. It was published in 1777. I have a copy which was scanned for the Google books project, which has provided copies of several 18th-century works that have helped my research helping to keep my books historically correct. Howard demanded a parliamentary inquiry that would result laws being made to ensure reform. Some of the general reforms included:

Water should be freely available, paid for by the keeper
The necessity for fresh air
Straw should be provided
Too many incidences of gaol fever
Fire safety was needed
Abolition of fees
Assizes were not held often enough, meaning prisoners held too long 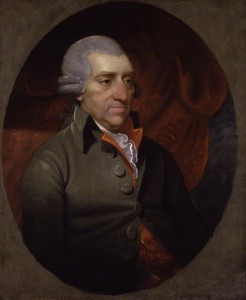 I was initially looking for information on Winchester gaol for The Moonrakers of Avon, book three in the Smugglers’ Town Mysteries series, due out in the summer. The gaoler at the time of the report was John White. He received no salary, however received ‘two guineas a year for keeping a bread account, to check the baker.’ The prisoners paid fees. The fees for debtors was £1 and for felons, £1-7s-6d. The gaol had a licence for beer and wine. There were no allowances for debtors; felons however, received a three-penny loaf every other day. The prisoners ‘have every day a clean towel hung on a roller: the prisoner who takes care of it and delivers it next day is paid a penny.’ Howard also reported that the gaol ‘is kept very clean’. There had previously been a dungeon and twenty prisoners had died of prison fever, resulting in alterations to the building. Howard says ‘The Felons day room is commodiously enlarged. Their straw beds and coverlids are brought out and aired when the weather is fine.’

So it seems the characters I placed in Winchester Gaol had a better time than other gaols that they could have been sent to. Compare the above with Salisbury City Gaol. Howard describes this as ‘out of repair’. There were ‘two rooms for Felons, and three above them for Debtors. No court yard: no water: no straw.’ It was even worse for prisoners at Dorchester Gaol. The gaoler was James Chaffrey, who, like John White, received no salary. Fees here were £1-3s-6d for debtors and £1-3s-8d for felons. Debtors received no allowance, but could appeal to justices, Felons, however were entitled to ‘three-halfpenny worth of bread a day.’ In December 1773 there were 21 debtors and 9 felons incarcerated. The report describes the gaol as ‘out of repair and dirty. Only one yard.’ Also recorded is a complaint by two debtors who ‘had lived five or six weeks on nothing but the County bread and water.’

The reform to hold more assizes seemed not to have come into effect by 1781, when my book is set, and when my research was centred. To keep the fast pace of the story, I couldn’t have the characters in gaol for months until the time of their trial came along as would have been the case. I had to look at the charges and use a quarter session brought forward, something that can be done with fiction. Also, in imagining conditions in the prisons I had to include sanitation. This was a time of few drains and the smell would have been quite awful by present-day standards, though due to the disposal methods for waste in the 18th century, I expect it was something people were used to, though it still stank.

The Moonrakers of Avon, J.A. Ratcliffe – High Sails Publications, will be published on 31 July 2016, www.highsailspublications.co.uk