Here, there and everywhere

Home » Miscellaneous » Here, there and everywhere

The Thirteenth Box and The Face of Sam are set in late 18th-century Hampshire, in and around the ‘smugglers’ town’ of Christchurch. Christchurch, with its then secluded beaches, a double tide, large harbour with a narrow entrance and two rivers feeding the harbour was an ideal place to bring in sought-after contraband.  Smuggling was undertaken by the artful to make good profits or by others simply to supplement meagre incomes and it was happening all around the English coast. It is not only the national scale of the undertakings that I find fascinating, but the fact that wherever smuggling took place local legends of escapades, conflict and characters emerge. Separating fact from legend is part of the fun of research. 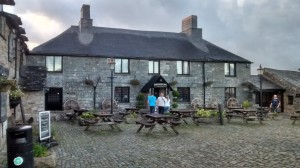 I’ve recently returned from a short visit to Cornwall. It is here that Daphne Du Maurier lived and where she wrote her famous and much-filmed Jamaica Inn. The story is set around a community that undertook ‘wrecking’ – enticing ships onto the rocky coast then plundering the wreck. Whilst there’s no doubt the rugged and spectacular Cornish coast was a place to fear for ships in storms, there’s little evidence that some were drawn onto the rocks deliberately. This may or may not have happened and it’s the stuff of romance that I don’t find at all romantic. However looking into Cornwall’s smuggling history helps me to build up the greater picture of an ‘industry’ that grew rampant and which I write about in my stories.

During such trips I like to seek out local books and pamphlets and visit museums, as it is here that local stories are told and a more in-depth look at the state of smuggling in that location can be made. This time I visited the tiny fishing village and port of Polperro.  Here I found Polperro Heritage Museum of Smuggling and Fishing. Goods smuggled into Polperro in the late 18th century were brought across the English Channel from Guernsey. As in Christchurch at the time, the smugglers boats were at risk of capture by revenue ships. Polperro has a similar story to that of Christchurch’s Battle of Mudeford. 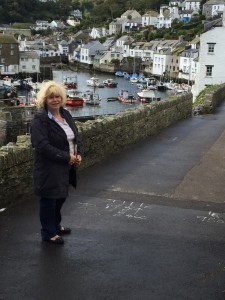 Overlooking the harbour at Polperro

At the Battle of Mudeford, which took place in 1784, the revenue ship, the Orestes determined to capture John Streeter’s ships, the Phoenix and the Civil Usage, known to be used for smuggling. During the ensuing battle, the Master of the Orestes was killed. Polperro has a similar story – though without the dramatic battle. The smuggling vessel, the Lottery was involved in an altercation where a Customs officer was killed and a trial resulted in the execution of one of the Lottery’s crew.

The most interesting discovery I made at Polperro was that of the ‘Smugglers’ Banker’, Zephaniah Job. What a great name, almost on a par with my ‘Meekwick Ginn’ and perhaps not dissimilar. Job was a former teacher turned legitimate trader, banker and accountant and it was his ‘creative accounting’ that was of great interest to me, in particular the printing of his own bank notes! The subject of how money was, in modern terms, ‘laundered’ is vital to the way large-scale smuggling operations worked and key to how money was  provided to make the purchase of large amounts of tea, spirits and other goods abroad in order to smuggle and sell on. 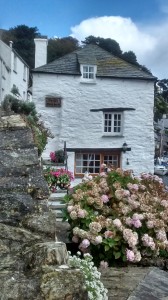 Job’s name is only mentioned fleetingly in just one of my many books on smuggling. I purchased a local book about him and I hope to make the story of Zephaniah Job the subject of a future blog. This brilliant nugget may have eventually turned up in my research, but it may not have done, and provides a great example of how writers should never stop researching – even on holiday.