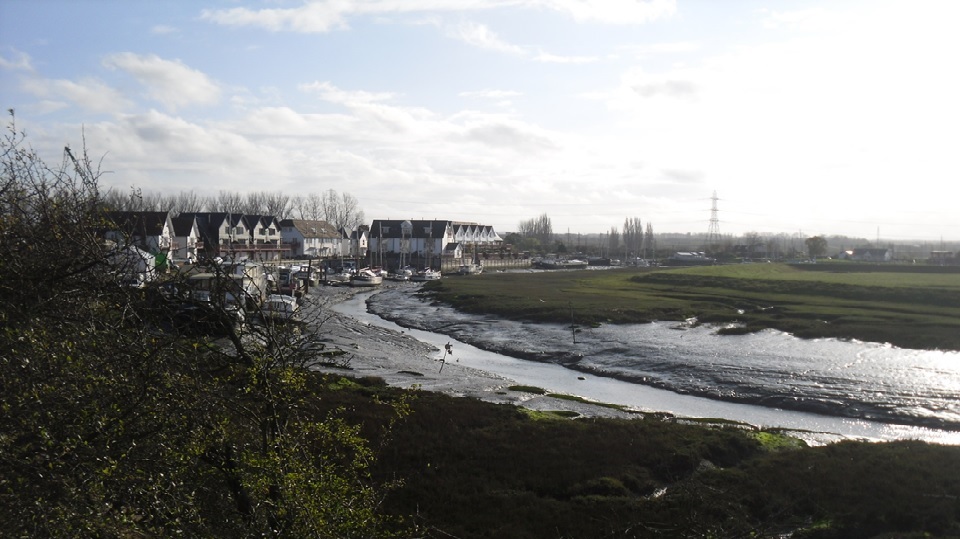 In The Face of Sam smugglers from Kent travel to Christchurch in search of Francis Woolsey, a dragoon captain from Faversham. The gang seek revenge for the capture by Woolsey and his men of one of their number and retrieval of a cypher they accuse Woolsey of stealing from them. In fact, the cypher, along with a pocket watch, had once belonged to Woolsey’s father-in-law which he lost to a Kent smuggler during a card game in Poole some 34 years earlier.

The scene in Poole uses a true event, a raid on Poole Customs house in 1747 by the Hawkhurst Gang, a notorious group of Kent smugglers. They were vicious criminals who terrorised their local community and serve as an example of how there was often little ‘romance’ about the free traders bringing in their contraband and avoiding the customs.

For The Face of Sam, I needed a gang of smugglers from Kent. I wanted them to be similar to my Christchurch smugglers, a mix of those who are organised and dangerous and of ordinary people, trying to supplement very meagre incomes.

Before November 2011, I’d never been to Kent. During the 70s, my husband had spent time on the Isle of Grain, so was familiar with that area. I read my Smuggling in Kent and Sussex 1700 – 1840 by Mary Waugh and studied the coast in search of a place for my gang to live.

The origin of smuggling on an organised scale began in the 13th century when the government, in an attempt to protect the woollen industry, banned the export of raw wool. Whilst protecting the weavers it produced a glut of wool and reduced the price for the producers. So began ‘illegal’ exports of wool. Based in Kent, these smugglers were known as ‘owlers’ as they operated at night time.

Customs and duties were introduced to pay mainly for the many wars England became entangled in. With little preventative operations the ‘industry’ grew. Not only the wool ‘exports’, imports of goods subject to the new duties began to seep into the country all along the coast. These items included tea, silks, tobacco, brandy, wines, and spirits such as rum and gin – sometimes known as Geneva.

Like Christchurch fishermen, their counterparts in Kent also found a second income this way, but in the end my Kent smugglers were not fishermen. We visited the Isle of Grain, Rochester, the Isle of Sheppey and surrounds until I found what I was looking for. The place I chose for them was a small hamlet, Conyer, on the marshes of the north Kent coast. As soon as we drove down the lane, which ended with a pub / restaurant, The Ship Inn, I knew this was the place. 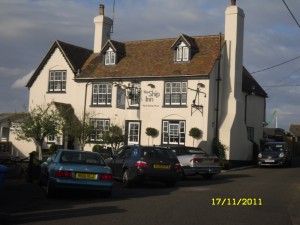 Initially my visions were the men sitting outside the alehouse scheming, however once I investigated the place I found that it was not a licensed premises until 1805, 24 years too late for my gang. The Ship Inn at Conyer was built in the 17th century and was originally two buildings. One became a bakers and the other a farriers. Thus, in The Face of Sam, we have Rowland Blackbourne the blacksmith with his wife, Susannah and son, Josh and Henry Cotton the baker.

Today, a marina provides moorings for leisure boats along the high banks of the creek. The creek runs off the river Swale and drains to leave behind muddy streams. Follow the road beside the Ship Inn and you are led to a footpath which brings you to an area where you can enjoy stunning views. It is along here that Josh Blackbourne hears from his father’s friend, Peter Graves, about the events in Poole years ago and of the missing cypher, that no one has been able to solve, that leads to a hidden treasure trove.

I love research and believe in visiting the places that you write about, to get the true atmosphere of sounds and smells in addition to the vision. When I saw Conyer, I knew it was the ‘treasure’ I’d been looking for, an ideal place for my Kentish smugglers.